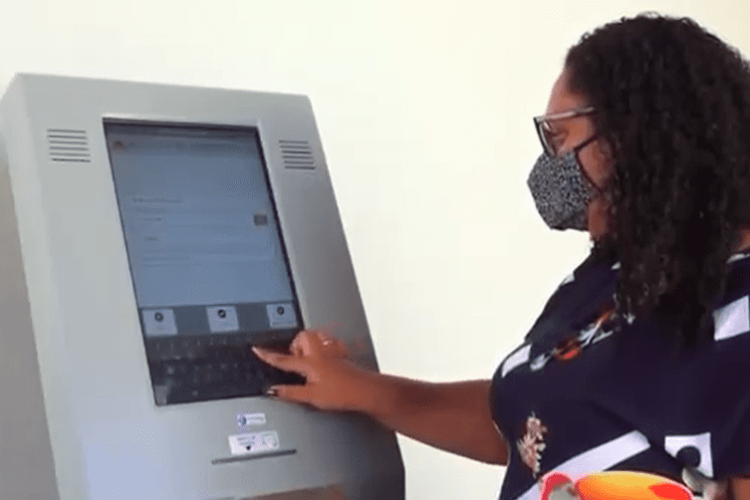 The Self Service Kiosks have been developed by the Imply® Group for the Minas Gerais State Government, in Brazil, in order to simplify access to various services. The interactive Terminals have been installed in dozens of cities in the state. The totems, first bring greater convenience of services. As a result, they end up strengthening and expanding the relationship with the citizen.

Self Service Kiosks in Minas Gerais: Challenges before installation

• More queues and waiting times for services;
• The user needed to go to different offices for each service;
• Higher volume of users looking for over-the-counter service.

Self Service Kiosks in Minas Gerais: Why use Imply® Terminals?

The project increased agility for services such as:

• Issuing identity card, with the possibility of paying the fee directly at the terminals;
• Issuance of a criminal record certificate;
• Access to various services of the Traffic Department. For example, issuing fines, service fees, scheduling exams, renewing licenses, checking the vehicle’s status, driver’s status and more;
• Access to various water and sanitation services, such bills, consumption history, among others;
• Blood donation scheduling;
• Scheduling many services in state units.

Self Service Kiosks in Minas Gerais: Results and Benefits

For the Director of the State Secretariat of Planning and Management (Seplag), Damião Rocha, “It is an extra convenience for the citizen. He will be able to pay the identity card service fee. The goal is to expand the payment option to other state fees, in addition to covering all Service Units in the state”.

According to Economic Development Secretary, Sérgio Benatti, the ATMs in Minas Gerais make life easier for citizens. According to him the kiosk: “it is an equipment to facilitate the citizen’s relationship with the state. This is very important because it prevents the citizen from having to go to different places. It also avoids problems with the internet as well as printing. All this will be available in the Kiosks”.

The specialist in Public Policies and Government Management at Seplag, Gabriel Ornelas, guarantees that “The objective of the Minas Government is to improve the service to citizens who, in addition to accessing various services at the terminals, can make payments and eliminate the time spent going to banks or different offices”.

Likewise, SEBRAE Analyst, Rosangela Lima highlights the importance of this technological initiative. According to her: “First, it is important to say the technological initiative that this brings. It is an initiative to reduce the bureaucracy of services”. Additionally, according to the student Rita de Cassia, already a regular user of the Self Service Kiosks in Minas Gerais, services became easier. According to her: “it is very easy for the citizen to print a copy of the water bill as well. It’s easy, fast and pratic.”

Similarly to the Self Service Kiosks in Minas Gerais, Imply® Group provides different self-service totems customized according each project’s needs. 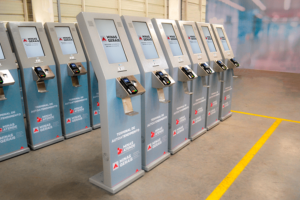