Imply Technology is a success case at Digital Security Magazine 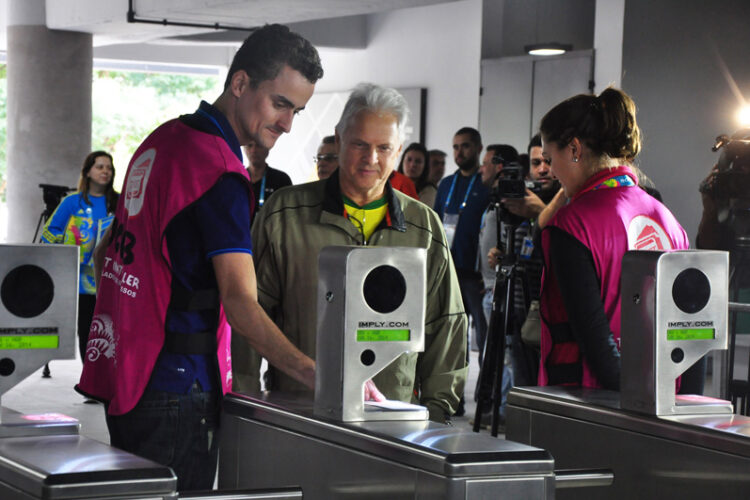 The Imply Access and Ticket System, implemented at the Atletico Paranaense Stadium, was a success case in Digital Security Magazine. The report interviewed Imply’s Chief Technology Officer, Fabiano Horn, to understand how the implementation of the project occurred and to learn more about the technology employed and what has made the Atletico Paranaense Stadium reference when it comes to safety.

“The first Brazilian club to implement biometrics for 100% of the accesses, Atletico Paranaense brought agility to the security operations and tranquility for the fans”, says excerpt that opens the report. The text also highlights that in Brazil the level of violence in the stadiums and among fans is disturbing, but that in the Paranaense Stadium this scenario has changed dramatically, and technology plays a prominent role in this reality.

Imply specializes in the development of Access Control Systems for Stadiums and Arenas. “In this project, we were hired initially to supply turnstiles, implement the building control technologies in some restricted access points, the parking system and the software for this integration,” explained Fabiano Horn. The report also highlights that there were more than 90 fixed turnstiles on all entrances, with 1D and 2D barcode readers for access validation with tickets sold online or in the box offices. “We did a Web Service integration with the ticketing service at the time, where we received ticket information on the day of the event and did the access control based on these codes,” Horn said.

It was in the first year after the World Cup in 2014 that the Stadium became a pioneer in Access Control with the use of fingerprint biometrics. “With the help of the cameras and the Biometrics System, the security team can quickly identify the person responsible for any crime or misbehavior and then take the appropriate measures to hold the offender accountable.” mentiones the story. “Today, the club has a Unified Ticket Sale and Access Control Platform developed and provided by Imply,” said Horn. He also pointed out to the report the concern of the company and Stadium to the perception of the fans. “When you have a thousand people wanting to access the Stadium in a one-minute period, any second that the hardware is slow could cause a cascade effect and be catastrophic for the operation. In order to mitigate this point, we ourselves manufacture and develop the entire software and hardware”, pointed. “With this approach, we have been able to identify any issues or bugs that are slowing down the system and quickly making improvements without relying on another manufacturer.”

The story also includes the testimony of the Lidia Maejima, 2nd Vice-President of the Court of Justice of the State of Paraná.. “The State of Paraná has been a pioneer in technological solutions for the improvement of Public Safety. The biometric identification of citizens at the entrance of the Stadium, with the identification of possible arrest warrants and restraining orders is a pioneer iniciative in Brazil, which deserves to be disseminated. The results are beginning to appear and the low number of occurrences in the Stadium and its surroundings is becoming more and more sensitive. This is an unequivocal sign that Paraná has effective mechanisms to control violence”. “The Atletico Paranaense Club’s initiative is a proof that technology, preparation and working together are the way to bring more security even in the most challenging environments. A possible way for violence to never hinder the Brazilian football festival.” 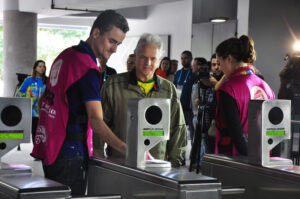 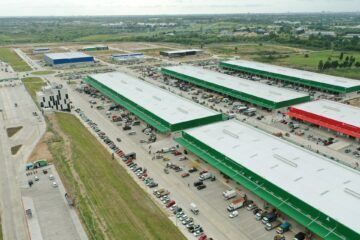