IMPLY® began operating with Access and Ticketing Technologies in 2007. Since then, Imply® solution has consolidated its position as the leader in Access Systems for the 2014 World Cup in Brazil. Today Imply® technology is present in the most modern Arenas and Stadiums in South America. In addition to strictly complying with FIFA standards, Imply® offers powerful tools with the highest technology to Clubs, Stadiums and Arenas. The main objective is to bring more security and comfort to all those who love soccer, so that they can experience unique moments of emotion in the events. Particularly among the most innovative projects with Imply® Technology that use biometrics, we highlight:

– Safe Stadium – Chile: The Government of Chile implemented in November 2012 an innovative travelling Access Control System. Also developed by Imply®, the technology aims to pacify the sporting events and reclaim the stadiums as a space for families. Already in the first month of implementation, with biometric technology, the System allowed the Government of Chile to identify and block the access of 1,003 fans recognized for bad behavior, who were suspended from watching the games. With the solution, the events that were previously violent, began to guarantee the peace and security of the Chilean families, that could access the stadiums with agility, enjoying the party and the joy of soccer.

– Grêmio Arena – Porto Alegre, Brazil: Implemented the registration and biometric identification of the fans through the modern Imply® technology. In this way, the fans who enters through the ticket or smartcard, have their biometrics validated. By identifying the fans by their biometrics, the technology allows blocking the access of people with a history of violence in the stadiums.

– Sport Club Internacional  – Porto Alegre, Brazil: The Beira-Rio Stadium already has the registration and biometric identification of its organized fans. With the Biometric System, Sport Club Internacional fully complies with Article 2 of the Fan Statute, which stipulates that organized fans must maintain an up-to-date registration of their members or members. To access the games, visitors belonging to the organized cheer validate their smartcard and fingerprint, in the Imply® Validators of the locks. With the advantage of integration through the Imply® Platform, the biometric registration of the fans is stored in a database shared with Grêmio.

– Club Atlético Paranaense – Curitiba, Brazil: Initiative to reach 100% biometric registration is the first in Brazil, contributing to the evolution of Brazilian football. Biometrics is mandatory for all fans and even for visitors. The biometric registration is done at the time of purchase of the ticket. Also, through the Imply® Biometric Access System and cameras, the security team can quickly identify the person responsible for any crime or misconduct, and then take appropriate civil, criminal and sporting measures to hold the offender accountable. Club Atlético Paranaense signed an agreement with the Government of the State of Paraná to use the database of documents issued in Paraná for biometric registrations.
Recently, in the match between Atletico Paranaense and Atlético Mineiro, held on May 13, 2018, the identification and execution of 4 arrest warrants took place. The accesses were identified by the Civil and Military Police.
Dr. Ricardo Henrique Ferreira Jentzsch, Assistant Judge of the Court of Justice of the State of Paraná, highlighted the success of the project. “The initial idea of ​​the agreement has always been to contribute with Public Safety in soccer and large events. With this functionality, it is possible to identify at the entrance of the Stadium the individual who has an open warrant.”
Lidia Maejima, 2nd Vice-President of Court of Justice of the State of Paraná, recalled the importance of encouraging and improving the use of technology in favor of Public Security. “The State of Paraná has been a pioneer in technological solutions for the improvement of Public Safety. The biometric identification of citizens at the entrance of the stadium, with the identification of possible arrest warrants and restraining orders is something unprecedented in Brazil, which deserves to be disseminated. The results are already beginning to appear and the low number of occurrences in the stadium and in its surroundings is increasingly sensitive. This is an unequivocal sign that Paraná has effective mechanisms to control violence.”
The Security Coordinator of the Paranaense Club, Ronildo Finger Barbosa, stressed the importance of the partnership for the success of the work. “The success of the operation is a result of the joint work of the internal and external areas involved, which made possible quick, efficient and discreet actions during the access attempt of the fans with open warrants. When they tried to access with their fingerprints, these people were identified by the club. The local supervisor activated the Military Police. The other fans did not even realize that this was happening, due to the discretion and the speed of the actions “. 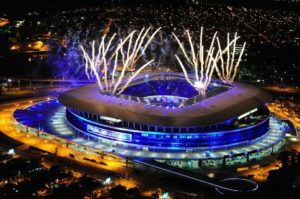 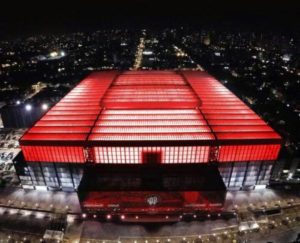 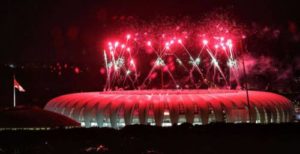 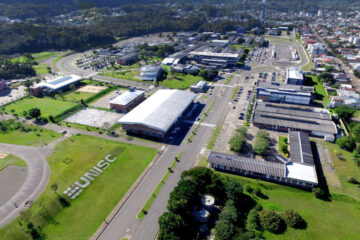